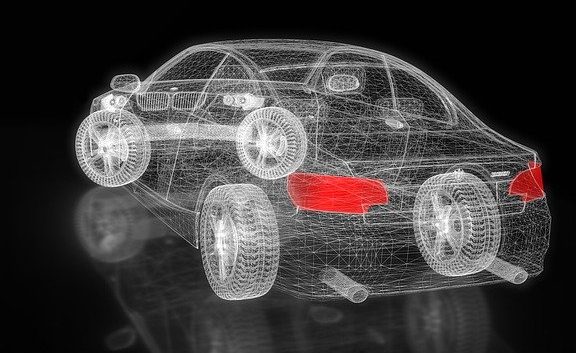 Emergency Safety Solutions (ESS) says yellow flashers that blink more like emergency vehicles could save a lot of lives. ESS is advertising the technology along with Chris Smith, an NFL player. Smith’s fiancee did not die in the incident the two were in. But, instead did tragically die, by a vehicle that hit her while they were stuck on the side of the road. The first real-world application of ESS technology would be available in early 2021.

Cars need to have a hazard light button. When you push it, that causes the hazard lights to flash. There are both opportunities and hurdles to bringing a new kind of flashing light to future vehicles in the marketplace. Yet, bureaucracy doesn’t make that as easy or as simple as it can be.

The way these hazard lights work hasn’t changed much in over half a century, according to Stephen Powers, co-founder, and chief operating officer of Emergency Solutions (ESS). The current hazard light system came into existence in 1951, said Powers. Bulbs were all incandescent. They ran off of mechanical relay switches. In fact, they still do what was possible then. There is more flexibility today with what today’s LED lights can do versus what their capability in the 1950s.

ESS says it has developed a new method for hazard lights to flash. This occurs when a vehicle is stationary on the side of the road. As a result, they flash very faster. ESS says activating its updated hazard lights through two means. A driver could push the button on the dashboard in order to turn on the lights. But then it would require two presses to get them to flash at an accelerated rate. Next, the system would turn on automatically when the car sees an incident that has happened. An example is when airbags are activated.