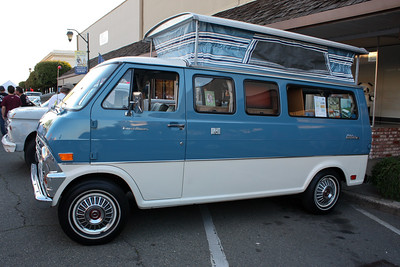 Back in the day, you would not guess that van life had its benefits. The old Chris Farley skit on SNL had us all on edge for “living in a van down by the river”. Every bad consequence we make can eventually lead us to live in a van. But that ideology has changed drastically. Now, more than ever, people are traveling the country in home-built micro homes, vans, and bus conversions.

Living In a Van = Self Isolation

For many on the road, self-isolation doesn’t just mean living in your house. Well, it does (and it doesn’t). Since before the times of national emergency, many have opted to not go the traditional way of purchasing a home or renting an apartment. Instead, they have decided on a full bus or camper van conversion. Living in a van is much different today than it was when your parents (or grandparents) drove around and followed their favorite jam-band around the country. Many are finding it just as nice to pull up to a completely vacant campsite and set up a home base. This follows all the correct guidelines of self-isolation and can allow for better living conditions than a traditional home. Being in the woods is the perfect fit for isolationists.

Van Life Does Not Accommodate Panic-Buying

When you live in a van, you are living on some pretty basic necessities. This is to cut down on space and does not afford the driver the ability to over purchase any goods.  Instead of overstocking on supplies, those who live in vans live off what they can fit. Now, a full-sized school bus conversion can fit a bit more than that of a short bus or a van, but for most people, the smaller transportation methods are much more common. This limits the number of goods the simple traveler can carry with them.

With a large number of shutdowns across the country, many of those who live in vans (and even truckers) are feeling this. Across the country, hundreds of truck stops and rest areas have closed in order to halt the spread of COVID-19. This has become a problem for many as the resources used are still pertinent to daily lives. Not just for those who think living in a house is a bad idea, but also for those who are traveling to deliver goods across the country.  Having rest stops provide bathroom brakes, and allows for exactly what their name implies “resting”. For those on the road all the time, these are considered checkpoints and safe havens.

Looking Into Van Life? Right now, living in a van has its benefits and its drawbacks. From self-isolation to only bringing what is necessary, many who have converted these into livable homes have helped to cut down on the spread of COVID-19 due to their independence. Check out if living in a van is right for you!