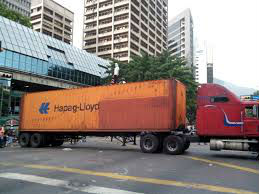 Participants in a Facebook group called Black Smoke Matters have been angling for an industry-wide shutdown for months. The group is hungry to bring the national spotlight to the issue of government overreach in the trucking industry. Members of the group believe this tactic by the government is damaging their bottom line.

Consequently, the group is asking for truck shutdowns to persist until freight rates get better. Either or as long as truckers are able to stay out, say Black Smoke Matters leaders.

The group’s membership on Facebook exceeds more than 26,000 members. Still, it was only about 60 trucks that joined the slow rolls or convoys in various cities. The cities included Chicago, New York’s Manhattan and Springfield, Missouri. Black Smoke Matters officials allegedly referred to the low turnout of the slow rolls as “somewhat disappointing.”

Shawn Link, a Black Smoke Matters administrator, admitted to some dissent among truckers. “It seems we can’t even get five truck drivers in the same group to agree on anything anymore.”

Black Smoke officials went on to say that they may not see the results of their shutdown until later in the week. In fact, they’re hoping for a domino-like effect. One trucking veteran indicated he was close to retiring but participating in this for the next generation of drivers.

It was in January the group put together a list of demands for the April Shutdown. The list called for a comprehensive reworking of government regulations in the trucking industry. The areas touched on in the list included hours of service reform, training safety standards for and the need for more parking.

Finally, Black Smoke Matters asked for the Federal Motor Carrier Safety Administration to include truck drivers into the regulation process. They also asked to address delays at shipper and receivers. They maintain these delays eat into their 11-hours of valuable driving time. Consequently, this affects their bottom line.

As for now, it’s still a wait and approach to the protest. Hopefully, as the week goes along it gains steam, and the U.S. Department of Transportation really hears the drivers’ concerns.

New Flashier Hazard Lights on the Horizon Due 2021