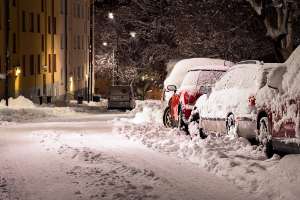 DUNMORE, PA – On February 12th, during a particularly ravenous snowstorm, large commercial vehicles were banned from operation. Pennsylvania officials created the ban to keep highways clear and prevent accidents. Although, law enforcement was very strict on the matter. The state police handed out citations to over 800 drivers.

Not only did the police give out numerous citations, but they also issued more than a hundred warnings. Pennsylvania’s DOT (PennDOT) fervent endorsement of the ban troubled truckers. Many truckers within the community believed that the ban was overcautious and unnecessary. The operators of the trucks claimed that the snow was not at a high enough level to incite danger. So, they kept operating their trucks anyway.

The truck ban set businesses back a full day. Now, many of these businesses are worrying about the snow reaching over four inches. Most truckers claim that it is not the snow that makes operating a large commercial vehicle difficult, but ice. Freezing rain is a condition that can make driving difficult.  There are more than 1,800 deaths and more than 136,000 injuries a year from icy roads.

One trucker who decided to ignore the ban slid off Interstate 81. The cause of the incident was freezing rain. Normally, when it rains the rain washes away debris on the pavement. Although, when this rain freezes, it encapsulates all debris on the road. This creates a driving hazard. Thus, PennDOT’s explanation for closing the roads.

Throughout the winter season, lawmakers will continuously update the driving ban. This ensures safety when driving. In the end, trucking companies may not like the ban, but it’s in the interest of safety.

So, are you against the driving ban? Are you on PennDOT’s side? Or do you think everyone should individually decide if they can drive?

History of the Fire Truck: Discussing How We Beat the Heat