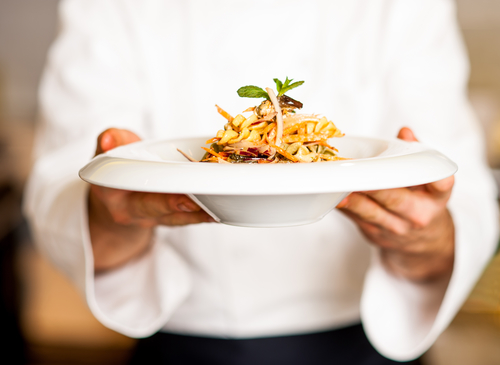 It’s very interesting how Philadelphia remains as one of the hottest restaurant cities in America according to the media, while for decades it has been a terrific place to eat out.

Philadelphia is known for its cheese steaks, hoagies, soft pretzels, pepper pot soup, and other dishes.

Sadly enough, some of the fine restaurants got closed, such as Le Bec Fin and Deja-vu. But visiting Philadelphia once will be enough to find out that it still has very good modern and traditional restaurants any other U.S. city would be proud to have.

Let’s look at some of them. Besides the delicious food they serve, these restaurants carry history and cultural features.

Le Virtu is America’s only true Abruzzese restaurant with seafood from the Adriatic region. The restaurant is located at East Passyunk’s maze of narrow streets. The owner Francis Cratil-Cretarola and his wife Cathy Lee together with the chef took their inspiration from a place looking like an Italian province with its mural of Abruzzo.

The name of the restaurant not only refers to the goddess of food but also a traditional soup. The legend says seven maidens contributed the ingredients to the dish, such as pork, peas, pasta, carrots, and herbs.

Artisanal honey, cheeses, saffron, extra virgin olive oil, and famous Italian dried pastas are brought from Abruzzo by the owners. When it comes to meat, the owners prefer to butcher their own meats. The rustic looking restaurant every client is taken care of. No Italian restaurant will survive without pasta. A variation of pasta will amaze you. Come to taste amazing ravioli with Abruzzese ricotta and or pasta with Chile pepper, garlic, and olive oil.

The restaurant has pretty simple, yet good desserts from strawberry gelato to almond –orange cake.

One visit to Philadelphia will allow you to taste a bit of France through French bourgeois cooking at Bistrot Le Minette. The owners are dedicated to reproducing the dishes you can easily find in Marseilles or Montparnasse.

Woolsey, the owner of the restaurant, is trained in top restaurants in France.  Keep in mind to order a flatbread with crème fraiche, goat’s cheese, leeks, and fines herbes.

It’s also one of the few American restaurants serving rabbit.

As you see you can experience a bit of ‘’ Italy ‘’ and “France’’ in one place in the U.S. by visiting Philadelphia.