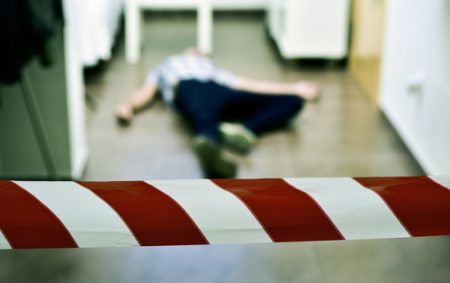 Tacony, Philadelphia —A candlelight vigil is going to take place in memory of 36-year-old Jeffrey Dennis. Dennis got shot Monday by a Philadelphia police officer in the 15th District.

He got shot after he struck another officer with his car and putting the end to a narcotics investigation.

Friends of Dennis and activists will protest after the vigil at the corner of Hegerman Street and Princeton Avenue in Tacony, Asa Khalif, head of the Coalition for Black Lives in Philadelphia.

‘’I believe we must send a strong message tonight that we cannot allow police, in particular, 15th District police, to continue to murder black and brown people’’, Khalif said.

The attorney for Dennis’ estate, Lee Merritt, confirmed that a local restaurant in the neighborhood captured video of the incident, and law enforcement is reviewing the footage.

The family hopes to check out the video and intends on conducting an independent autopsy on Dennis, as well as the probe into the unnamed officer’s background, Merritt said.

Dennis was shot in the head and left arm while behind the wheel of a Toyota Camry on the 7100 block of  Hegerman Street. He was pronounced dead at the scene around 4 p.m.

The officer was a 53-year-old, 10 –year veteran. His name has not been released publicly.

Meritt said he has a hard time finding an explanation for a use of force. Two officers closest to Dennis chose not to fire their weapons, but the officer farther away chose to fire his. Those two officers did not see a threat.

More information is going to be available within 72 hours.