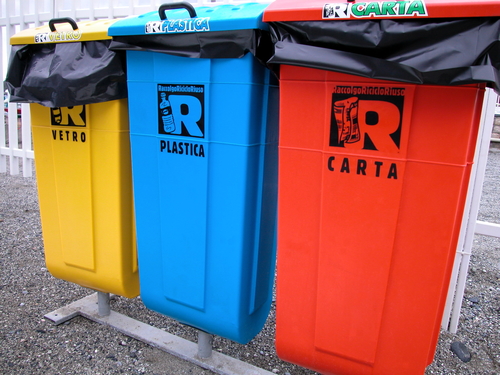 The outrage swirling about Center City focused on Philadelphia having sold advertising space on hundreds of Big Belly trashcans earlier this summer.

The contract of $1.25 million for 10 years brought negative reactions on social media.

This week a fitness chain and creative agency have teamed up to purchase ad space on 18 of those trash cans and replace the car dealership advertisements with works from local artists.

Very original, right? The project was initiated by ‘’City Council’s policy which transformed 375 of the City’s trashcans into salable advertising space’’ and it involves City Fitness, Rory Creative, and @StreetsDept.

Tom Wingert of City Center purchased and donated the ad space and commissioned creative agency Rory to oversee the project. The goal is to improve the quality of life for Philadelphians.

During press release he also said it was also an opportunity to challenge all brands to be more conscious of not only about their message, but how that message finds its way into the public eyes.

Rory Creative from Brendan Lowry said he contacted Wingert who had been already talking with Conrad Benner of the @StreetsDept Twitter and Instagram accounts.

Bernner said the idea came from his personal frustrations walking through the city and seeing these adds bombarding him and the rest of Philadelphia. He also added this space could be used in such a better way. Those adds were not inspiring.

‘’I think that the whole project is just remarkable,’’Kuhn said. Beyond beautifying the city by replacing some intrusive advertisements, I believe that Art is something that should be for everyone.

Philadelphia, PA in the Run to Host World Cup 2028