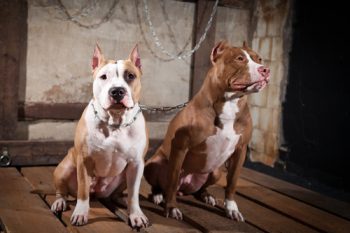 Philadelphia, Pennsylvania —  A 2-year old boy was mauled to death by pit bulls inside the family house in Philadelphia’s Port Richmond neighborhood on Wednesday night.

The Special Victims Unit is investigating to determine the criminal charges of the tragedy.

The question is whether there was neglect of homeowners that brought to this tragedy.

Police Commissioner, Richard  Ross said they didn’t find any obvious signs for that.

Officers arrived at the place of the tragedy around 5.20 p.m. Wednesday.

Officers shot fire on two dogs mauling a 2-year old boy. There were three more dogs in the home.

Philadelphia Police Chief Inspector Scott Small witnessed the little boy laying in the middle of the living floor and being attacked by the dogs.

That’s when they had to fire shots.

One dog was killed and two others got wounded.

Police officers could set the little boy free from the attack of the dogs working under very difficult circumstances.

Boy’s aunt also tried to help and got injured while trying to protect him.

The boy was seriously wounded. Police took the boy to  St. Christopher’s Hospital for Children. Unfortunately, it was impossible to save the boys’ life.

Police officers try to find out how the pit bulls were kept in the house and if they were being kept in cages and somehow managed to go out.

Neighbor Toms Ems said he doesn’t understand why they keep dogs like that in the house, especially with the kid in the house.

Police officers are still investigating if the dogs were being trained for fighting.

1 Dead, 2 Injured because of Shooting outside Hunting Park Club Philadelphia