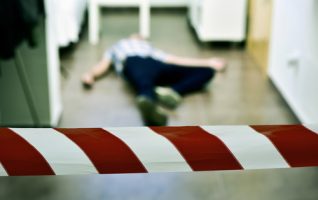 Philadelphia has had a rough week with all the bad news being spread around. A recent spike in murder victims in Philadelphia is the last thing the city needs.

This week, a 3rd body was found in Philadelphia in just the last 2 days itself. There have been so many different cases of homicide and murder in the city lately.

Yesterday morning, a body was found on the I-95 by Pennsylvania State Police. Police have not linked a suspect to this case yet. But they are asking to be contacted by anyone with any information on this case.

Earlier that day, a landlord had found another dead body in his building.

Around 10 AM yesterday, the landlord found a body wrapped in plastic in one of the bedrooms inside of the house. He immediately contacted the police to report it.

The deceased man is said to be in his late 40’s, however, he has not been identified yet.

Although they do not know who the man is, they have stated that he is connected to building in some kind of way. Either a tenant or another partial owner.

No arrests have been made in connection to this murder case.

There was also another case of murder earlier this week. Richard Jackson, 40, was inside his house on Norwood Street when his door rang.

He got up to check and see who is at the door. As he opened the door, the man outside shot him directly in the chest and ran away.

His neighbors reported the incident and called for help. He was rushed to the Penn Presbyterian Medical Center, however, he did not survive.

Though it is common to hear about shootings and murders in the city, there have been an unusual amount of deaths related to murder in the past few months. Police are not sure why the number of murders have been so high lately, but they hope that this comes to an end.

Ford Bronco Sport is Getting a Price Hike for 2022