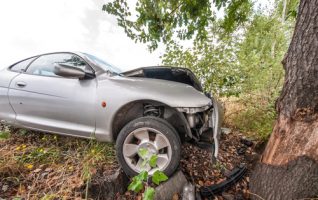 This week, a mother of four and a wife to a loving husband is grieving the loss of her entire family after they were involved in a horrible accident.

53-year-old Mary Rose Ballocanag was returning back home to New Jersey after vacationing in Ocean City, Maryland with her family. Her husband, Audi Marquez Trinidad was driving and their four daughters were in the backseat of their minivan while she sat in the passenger’s seat.

They were driving on Rt. 1 in Townsend, Delaware heading back home when the incident occurred.

Another man was also involved in the accident. 24-year-old Brain C. Kern from Bethlehem, Pennsylvania got hit by the pickup truck before the family did. Kern was headed back to Pennsylvania after vacationing in Virginia Beach.

He reported what had happened when authorities got to the location of the scene. He said that a man was driving a Ford F-350 and “crossed a center median, drove the wrong way” and hit Kern’s car first before hitting the family’s minivan.

Kern had seen the pickup truck heading towards him and “wildly swerving in the middle.” He thought the truck was going to hit him from the front. However, he “made a right turn maneuver. It was a split-second decision,” he said.

Right after, the truck hit the minivan which caused 5 of the family members to die instantly.

The daughters were reported not wearing seatbelts and died instantly when the accident occurred. Even though their father was wearing a seatbelt, he did not survive the crash.

Mother of Four Is Only Family Member to Survive Accident

Their mother was wearing a seatbelt and she survived. She was not awake during the incident. However, she was suffering from major injuries and was transported to the hospital immediately. According to her doctors, she remains in stable condition.

Kern said it “looked like a war scene,” after the accident had happened.

The four daughters were still very young. The oldest was 20, the middle one was 17, and the youngest were twins, both 13.

Police later identified the driver of the pickup truck that hit both vehicles. His name is Alvin S. Hubbard Jr. and he is 44-years-old. He had a passenger with him in the truck, a 30-year-old man. Both of them are from the State of Maryland. They were both also taken to a hospital, however, they were not injured.

This case still remains under investigation.

This horrific tragedy is the kind of thing that people have nightmares about, never expecting them to actually happen. From all of us at Philadelphia Car Transport, make sure to drive safely out there.