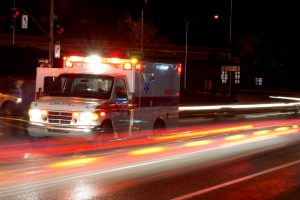 The city of Philadelphia had a dangerous Sunday night filled with gunshots coming from teenage boys shooting at each other.

Right before midnight, Philadelphia Police got a phone call about gunshots on Catherine Street.

When the cops headed to the location to control the shootings, they found a young man on the floor. The 19-year-old was involved in the shooting and was suffering injuries from a gunshot to his head and arms.

Authorities quickly rushed him to the Thomas Jefferson University Hospital, however, he did not survive. They pronounced him dead at midnight.

They found the second victim that was involved in the shooting on South Dorrance Street. He had a bullet in his leg. Police took him to the Penn-Presbyterian Medical Center. As of today, his condition is stable.

There were two other people who also got shot Sunday evening on North College Avenue. One of the victims was a 28-year-old man that had a bullet in his back. The other victim was a 22-year-old and had been shot at both of his legs.

Both victims were rushed to Temple University Hospital. They are both being treated for their injuries and are said to be okay.

Police reported that this shooting was caused by an argument over money between the shooter and the two men.

On South 7th Street, a 31-year-old man was stabbed around 10 PM. When police got to him, they took him to Methodist Hospital to be treated.

Police did find a weapon that was used, however, they have not linked it to the suspect yet.

Around 1 in the morning on Monday, another man was stabbed. He is 17-years-old and is reported to be in stable condition. He is currently being treated at the Jefferson-Frankford Hospital.

No arrests have been made regarding all incidents.

Residents who witnessed the shooting between the four men that lead to one’s death say they have home surveillance cameras that could help the cops identify the suspect.