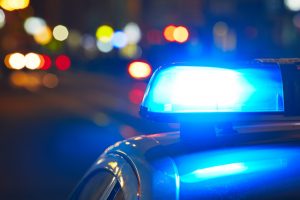 Philadelphia, PA –  Last night around 10 P.M. two drivers crashed into each other, leaving one of them in critical condition.

Two of the drivers were seen to be in some sort of road rage while speeding through traffic and purposely cutting each other off.

The driver in the SUV tried to get away from the other vehicle, made a right turn and was suddenly hit by another car. The accident caused the SUV to hit a tree and roll over on the 7500 block of City Avenue.

There were two people in the SUV. A 22-year-old man who was the driver and a female passenger was next to him. The man suffered severe injuries.

The woman does not have any injuries following the crash, however, she was in extreme shock from the incident.

Police took the driver to Lankenau Hospital to be treated.

The car that hit them was seen by some witnesses. They said the color of the car was tan. The person fled the scene right after the crash.

When both cars crashed and the SUV rolled over, a 16-year-old was nearby.

Aseda Adebamgbe lives across the street from the location of the accident. When he heard the crash he said he “knew that something was really wrong.”

He helped the woman crawl out of the SUV, however, he saw the driver’s leg was stuck and could not get out.

He also said the driver appeared to be “semi-unconscious.”

Police will continue to investigate the accident and search for the other driver. They are being asked that you contact them if you know any details.

Owner of Construction Company is Accused of Stealing $20 Million