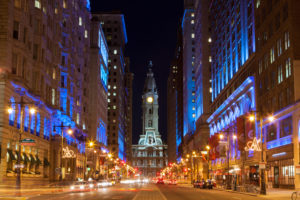 If you regularly watch the games when they take place every few years, you know that the hosts are set up years in advance to prepare and build the field.

Philadelphia has been in the race to be selected for hosting the World Cup 2028 games. They plan on having the games at Lincoln Financial Field.

Executive director Larry Needle of PHL Sports is very supportive of the city hosting the games. He thinks Philadelphia is a good idea and would work. He claims that the city has had a great history with hosting some of the greatest sports events like the NFL Draft and the DNC.

Out of 23 cities that are on the list for hosting the 2028 games, Philadelphia is one of them. About 16 cities will be chosen to host.

Needle also argues that hosting the games will bring a lot of tourists from all over the world and bring more attention to the city. The economy will definitely benefit from hosting the games if Philadelphia were to get selected.

He claims that the World Cup in 1994 had a great impact on him.

But Needle isn’t the only one who is excited about this opportunity. Alejandro Bedoya, Philadelphia Union player who played for the US National Team during the 2014 games is also excited and wants the games to be held in the U.S.

He says Philadelphia is “great for the game.”

Soccer is slowly becoming a more popular sport in the U.S. Especially with Philly in the run to host, people are getting more interested.

Everyone is hoping Philly will get chosen to host the games. It will be exciting, it will be fun, and it will definitely be easier for Americans to watch the game live!

5 Tips To Delete Personal Info From A Vehicle