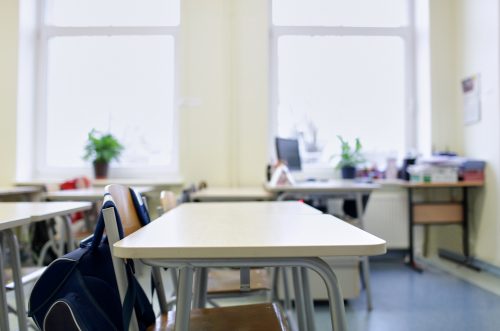 CARLISLE, PENNSYLVANIA — Carlisle High School is the first in Pennsylvania to get a $700,000 defense grant to help more students – including those from military families – succeed in Advanced Placement courses.The grant, which will be awarded over three years, depends on the fact that Carlisle educates students of military families based at Carlisle Barracks and U.S. Army War College. But it will benefit all students at Carlisle.

The money comes from the Department of Defense and is awarded by the National Math and Science Initiative through its college readiness program.

While NMSI has awarded grants to 26 other Pennsylvania schools, mainly in the Pittsburgh area, they are funded by non-military sources, such as private corporations.

Jay Rauscher, Carlisle High School principal, said the goal will be to increase enrollment in AP courses, which offer college credit to students who score a 3 (out of 5) or better on the final exam.

The first year, Carlisle will receive $215,000, which will be spent on teacher training, mentoring, materials, study sessions and defraying the course of exam fees for students, which average around $90 per course.

Carlisle now has 9 AP courses and hopes to add courses in geo-environmental science and physics next year.

Nearly 220 students taking AP courses this year, and Rauscher said they hope to increase that number each year and increase students’ success in them as well. About 75% of students now score 3 or even higher, which Rauscher said is above the state average.

NMSI has been serving schools educating the children of uniformed active-duty military personnel since 2010. Its college readiness program has been completed in 217 military-connected high schools across 31 other states, serving 93 installations and all four military services.

Ed Viega, director of the advancement for NIMSI’s military families mission, said the quality of schools has become a concern of military.

“We have had members across the nation made decisions on whether to accept the next assignment or go as a bachelor,” he said, leaving families behind in the home district. “It has become a great distractor over time.”

Helping to provide “rigorous and high-quality education hopefully in all the places we have military stationed is really a goal for us,” Viega said.

The program is now focusing on technology, science, engineering and math (STEM) education, since skills in those areas is needed in many military careers.