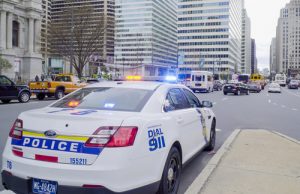 The Philadelphia Police Department will outfit 4,000 officers with new body cameras, as well as give patrols 150 safer squad cars.

While selecting the cameras, however, Philly did not exactly shop around to find the best deal. Officials said they would find the best deal for the cameras. In the end, the city went with a four-year, $12.5 million contract with the manufacturer Axon, formerly known as Taser International, to change the outfit of the patrol force.

Ten additional patrol wagons are predicted by February 2018, each equipped with technology that can block shotgun and pistol fires. Reportedly, the cars have upgraded shields with better bullet protection from the front doors to the windows.

The new cars also give police officers the absolute power to change traffic lights. The vehicles carry technology that enables officers to remotely change a traffic signal to green when their emergency lights are on.

The upgrades cost a reported $1,300 per police squad car.

Homicides Triple In Early Weeks of 2020